Someone tweeted, “Which books do you brag about reading?” I retweeted with a comment, “Every time I read a book I brag about it.”

I’m not a voracious reader. I can’t believe I just wrote that. I hate the term “voracious reader.” As cliché as it is, that’s how every writer describes herself, except me. I wasn’t that kid who checked out seven books from the library every week. I didn’t sit in corners. I didn’t escape behind books. And now I feel like I’m running from behind, and I’m a bit defensive about it.

Thirteen years ago, I joined a book club. I thought a book club would get me reading. At first it did, so let me take a second to brag. I read The Namesake, Snow Flower and the Secret Fan and one of the other ones by Lisa See, The Help, In Cold Blood, The Goldfinch (that was long), and, biggest brag, while even some of the smartest members of our group bailed out on this one, I finished and actually liked Love in the Time of Cholera.

I bought all the books, but most of the time, I read a few pages and quit. I didn’t read: White Teeth, The Woman Destroyed, Room… I just didn’t want to read what I didn’t want to read. Then, a few years ago, I dropped out of the group because I kept showing up just for the food.

I’m a writer, and I felt like a fraud.

Every time I was forced to read, mostly a novel, I felt like I was in school. I developed ADD. I fell asleep. This is not revelatory: There is so much incoming information via social media that everyone in my book club said she was distracted. Almost all of my friends, career women and working moms, complain about how busy we are – homework help, dog needs the vet, workout regimen, extra work project, improvement project – and how we’re reading less and less. Even the ones who dragged home piles of books from the library are having trouble reading. Our attention spans are tearing like my calf muscles, which the doctor described as frayed Twizzlers.

But are people really reading less? According to Forbes, Quartz, and Publisher’s Weekly, book sales are on the rise. But according to The Washington Post, leisure reading is at an all-time low. There’s a Japanese term – tsundoku – for people who buy books and don’t read them. Apparently, Japan and the U.S. are filled with wannabe readers like me.

When I turned 50 last May, I gave myself a weekly essay challenge. I did it because I want to be a better writer. The inspiration came from a tweet (where I get most of my information). The tweet said, “Write a short story every week. It’s impossible to write 52 bad stories in a row.” The quote was attributed to Ray Bradbury, the author of 11 novels, 39 short story collections, and five books of nonfiction. His most famous book, in my mind, is Fahrenheit 451.

I’ve been talking about Ray Bradbury and my weekly essay challenge for 52 weeks, and don’t tell anyone, but I’d never read Ray Bradbury, until now.

Fahrenheit 451 is not easy to get into. I’m such a fickle reader, I almost quit a few times because there were so many things described I couldn’t picture, but I plowed through and ended up liking the book. It’s a dystopian, futuristic novel about a society that stops reading. First people stop reading on their own, and then the government bans books. Firefighters are charged with burning buildings where books are found. They don’t want people languidly taking in abstract concepts. No one should stop and think. Instead, people are encouraged to consume as much information as fast as possible via four-walled TVs and a personal ear-piece called a Seashell Radio. People are encouraged to move at top speed.

Why? Because the government wants everyone to be happy. Problem is, no one is happy.

Books like these are cautionary. They’re meant to say: Watch out for what’s coming; if we’re not careful, we’ll crash and burn.

Fahrenheit 451 was published in 1953. The bizarre thing about reading it in 2019, instead of in 1953 or even in high school in the ’80s, like I was supposed to, is that I’m imagining a future that Ray Bradbury imagined almost 70 years ago. His future is different than our present: There are four-walled TVs, electronic guard dogs, and firemen who burn instead of extinguish. But in some ways, we’ve fallen into Bradbury’s future: There’s too much meaningless information; we have something resembling authoritarian rule; and everyone’s too busy to face their truth. Everyone’s too distracted to read, even if they wanted to.

The preservation of books and ideas may have been Bradbury’s main takeaway. And I agree, we should all read more. But today it also read to me like a warning to slow down. Fahrenheit 451 is a slim novel, and still it took me a few hours a few nights in a row to get through it. I hardly ever give myself that time, but as it turned out, slowing down was a pleasure.

I went back through the tweet thread about bragging. Three hundred and fifty-five people weighed in. Looks like people brag most about reading War and Peace. Now, I’m going to contact my old book club. I know what to suggest we read next – slowly.

Andrea Askowitz is the author of the memoir My Miserable, Lonely, Lesbian Pregnancy. Her stories have appeared in the New York Times, Salon, The Rumpus, the Huffington Post, Mutha Magazine, and Aeon and have aired on NPR and PBS. Andrea co-hosts the podcast Writing Class Radio (writingclassradio.com). She is just finishing a memoir in essays. Twitter: @andreaaskowitz. 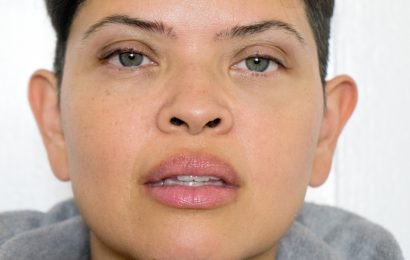