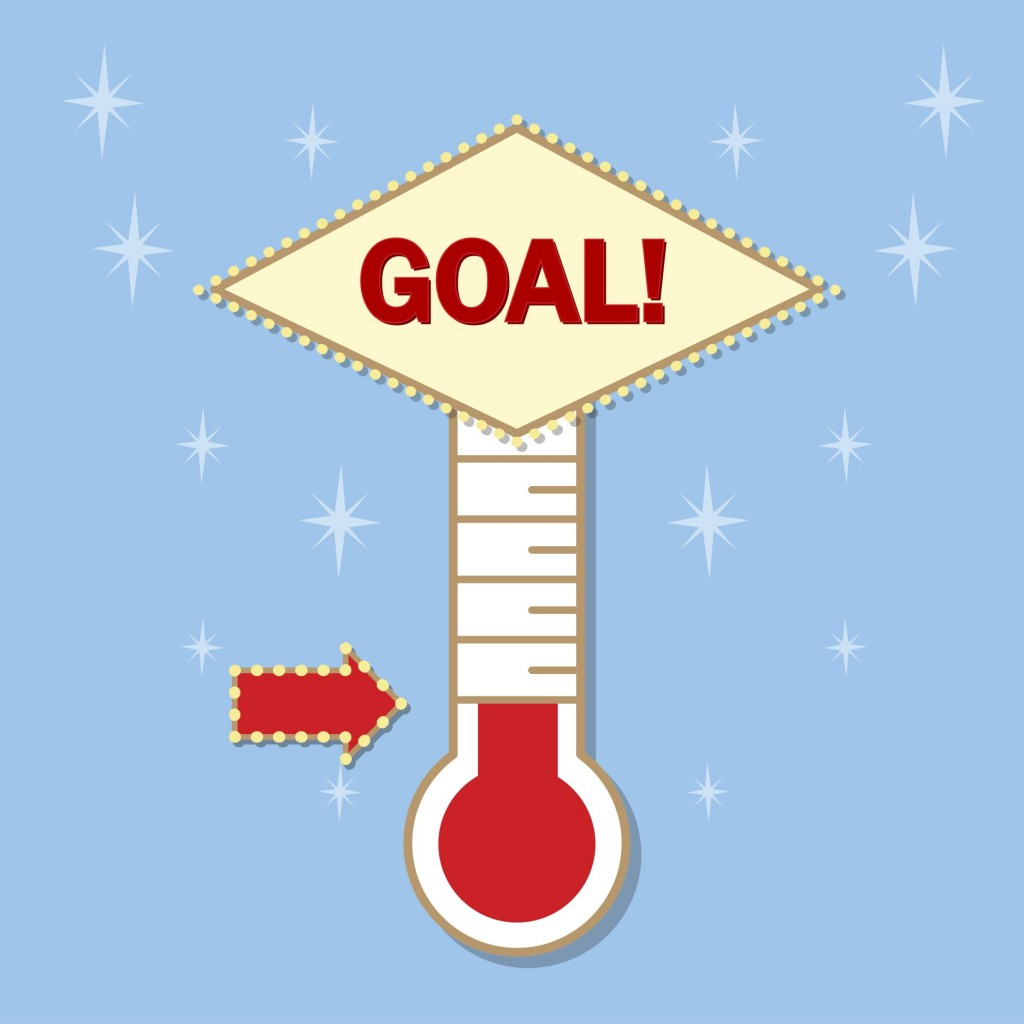 When I first started freelancing, I got a piece of advice I’ve never been able to forget. “Write off everything,” said the successful, seasoned freelancer who was my mentor at the time. “Going to the movies? Film research. Developing film? Photo research. Eating out? Socializing with writers. Write it all off.”

He was talking about taxes, but he created a monster: Twenty years later, you can name any activity and I’ll carve out some kind of way to relate it to writing. Meandering through the grocery store? Research for a character who’s an amateur gourmand. Perusing notebooks in a stationery store for 45 minutes? Same character needs a specific notebook to jot down very specific ideas in. Re-reading mystery novels? Wanted to get an idea of how genre writers keep readers turning pages. Eating cookie dough from a frozen log in the freezer? Hey, that tweet the day I ate most of that log won me five new followers: Building platform.

Looking back, it’s no wonder it took me so long to finish my debut novel. And even now, with some experience under my belt, I’m looking desperately for the finish line on a complete draft of my second novel, a challenging historical fiction utterly reeking with potential for distraction. (What did they eat back in Victorian England, anyway? How long did it take for women to get dressed? Surely YouTube can tell me.)

In the end, I had to go back to grade school, or, really, preschool, to find the thing that would ultimately save me from myself and allow me to finish my novel: I made a progress chart. We’ve all grown up with something like this, whether it’s the growth chart your parents etched into the doorframe for you or the thermometer chart your third-grade teacher made for your class when you did that fundraiser for the end-of-year festival. Either way, this is a chart that denotes progress. And who doesn’t love that?

My own progress chart isn’t exactly a giant thermometer-shaped piece of plywood; it’s seven or eight pieces of regular photocopy paper, demarcated in thousand-word increments. Every five thousand words, there’s a reward built in, and some kind of go-get-‘em platitude. To wit: “New pair of socks!” and “Wow! Great job!” or “You won a day at the aquarium!” and “Really cooking now!” (I admit I could have done better with my rewards this time around, which might explain the stalling.)

I completed the final draft of my first novel, the one I took out and shopped to agents and publishers, in a few months. This one’s taking way longer, and weirdly, having rewards to look forward to is only kind of doing the job. What I really look forward to, at the end of each day that I can log in my progress, is the act of coloring in the blank spaces next to the word count. I wondered why. Is it the visual manifestation of the work I’ve done? Is it the pretty colors? Is it something else altogether?

I went poking around: There are plenty of programs out there that help us to eliminate distractions. These programs lock you out of social media sites; some just help you to manage time. There’s even a program that starts erasing words on your screen if you don’t keep typing after a certain period of time. And there’s a lot of business-based common knowledge that says we work well for rewards, which is what I thought got me through my first novel (and yes, I admit, I was pretty excited when I could finally re-up my stock of personalized stationery when I reached 50,000 words this time around).

But it turns out, despite all of these tools determined to help us be more productive, there’s a ton of research that proves the way we’ve historically used incentives to bolster productivity doesn’t work. As far back as 1949, in fact, researchers were theorizing, and then proving, that people would solve puzzles for the sheer joy of solving puzzles and playing games over rewards. And those same study subjects did worse when presented with rewards. Somehow, that solid research, and the many similar studies with results pointing in the same direction, got swept under the rug in favor of workplaces and management theory that favored incentives and monetary rewards.

But in our profession, it’s especially important for us to pay attention to what analyst Daniel Pink has aptly termed “the [Tom] Sawyer effect,” based on that character’s capability to turn the act of painting a fence into a desirable task: Work, as Mark Twain writes in the novel, “consists of whatever a body is OBLIGED to do, and…play consists of whatever a body is not obliged to do.”

I asked several writers how they motivated themselves, or kept themselves going, whether the project be a long one or a shorter one. Some, predictably, said that deadlines were a great motivator. But when I dug deeper, something else became apparent: Writers who love the process struggled the least. Novelist and English professor Ned Huston wrote that he learned the lesson from an artist. “If you become product-oriented, and all you care about is producing the product, then you will hate the process because it only gets in the way. And producing product becomes a kind of torture,” he said.

Across the board, this seems to be the case. Writers who write to deadlines probably have some kind of monetary motivation to finish projects and a manager to answer to, but when they’re working for themselves, they feel like they can really shine. Novelist and voiceover actor Petrea Burchard said, “I’m especially motivated when I am in love with the story I’m telling. This isn’t always possible in doing work for hire. But when I get to write a story, for, say, a competition or a publication that’s more open topic-wise, I can’t wait to get to work.”

Middle-grade novelist Clark Parson echoed this sentiment: “From past experience, I know that I’ll really love [writing] once I get into it. That’s what gets me through the nasty, sticky, painful parts of a project.” And writer Michael Bland put an even longer lens on the hard parts of writing. “It’s a combination of not being a procrastinator – when I take on a task, I become stubborn to finish it – and the great sense of accomplishment I feel when I finish something.”

Some of that sense of daily accomplishment must be what’s keeping me chugging along. It definitely wasn’t the promise of a shiny new tube of lip balm that had me rocketing past the 45,000-word mark. In fact, there is a school of thought that says rewards only serve to highlight the inherent negativity of a task, as if it has to come tied to a reward in order to get anyone to do it.

But that’s not the way writing works. Anything that’s creative is meant to be rewarding in its own right. That’s what the research and anecdotal evidence says, anyway. Artists, whether literary or visual, are more creative when they make things for themselves. And we also know that tasks that are right-brain focused – you know, like writing creatively – can be actively hindered by such mundane things as rewards.

One 1970s study involving preschoolers rewarded some of them for drawing with a blue ribbon. One group was told they would get the reward; one group was awarded after a certain time period with no expectation of reward; and one group was not rewarded at all or even told about the reward. The group that was told they’d get a reward lost interest in drawing way earlier than the groups that were rewarded unexpectedly or not at all. (See? It’s true. Everything we ever needed to know we learned in preschool.)

We all know that creativity is the wellspring of our passion for writing. And, it turns out, maybe setting rewards for myself isn’t the answer after all. Because I confess there’s one thing I’ve left out of this description of my progress chart success: I’m a longhand drafter. Each day, I open up a dedicated notebook and write, by hand, the first draft of the novel. So when I get to the actual typing of that draft into my word processing program, I’m effectively working on my second draft. And that’s when the word count really begins to pile up, when I’m revising the first draft on the fly, adding details to make the characters shine, and polishing actions and scenes so they really count, and add causality to each other. And when I get through each longhand-drafted page after copying it into the word processor and adding to it on my computer, I take my pen and I cross out the longhand page, with great gusto and cheer and a totally outsized sense of accomplishment.

So when I finally get to filling in my chart with that day’s word count, the hard work’s effectively been done. The reward? It’s after the fact, icing on the cake of the process, although that cake was a bitch to bake.

At least I got a tube of lip balm and some new stationery out of it.

Yi Shun Lai is a novelist and editor. Not a Self-Help Book: The Misadventures of Marty Wu is available at booksellers everywhere. Find Yi Shun at tahomaliteraryreview.com, thegooddirt.org, and on Twitter @gooddirt.