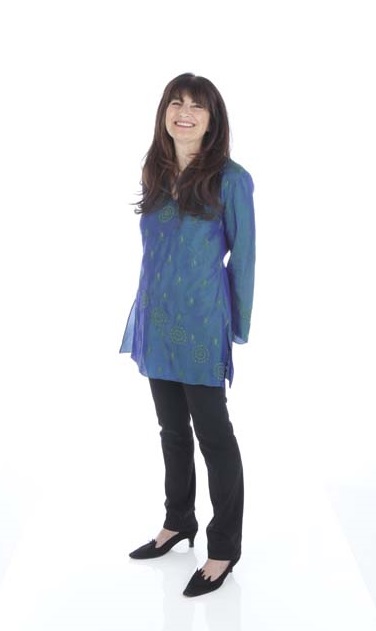 If you have read Ruth Reichl’s writing and followed her career, this storyline will likely sound familiar.

It is the tale of Billie Breslin, a young woman who has just taken an exciting job at Delicious!, the foremost food magazine in the country, housed in the elegant Timbers Mansion in Greenwich Village. When the magazine is unceremoniously shut down, she is left alone in the mansion to do a perfunctory interim job. Billie soon finds a hidden room that houses treasures from the past, most notably the World War II-era letters of Lulu Swan, a precocious 12-year-old, written to the legendary chef and writer James Beard. This discovery raises questions about the past, present and future that draw her into a journey of further discovery.

This is the premise of Reichl’s first novel. Former restaurant critic for The New York Times and The Los Angeles Times and author of several best-selling memoirs, Reichl has long been known and loved for her writing. By now, her face is also recognizable in the city she has called home for the last two decades.

As she enters the lobby of the High Line Hotel in New York City for this interview, she is acknowledged by several onlookers. A man with a Brooklyn accent darts over to kindly tell her that his wife read and reread all of her books, and they both love her restaurant reviews.

“Well, thank you,” says Reichl modestly. Then, with a grin: “I planted him.”

But the celebrated writer doesn’t need any bogus plants. Her memoirs, which many say read like novels, have carved her a unique niche in a competitive food and journalism market.

Despite where she is now, it’s important to note that Reichl’s early path as a writer was not so charmed. She wrote her first cookbook, A Feastiary – “which nobody has ever seen,” she’s quick to add – at the age of 21.

“After I wrote that, I decided to write a novel, and I wrote a really bad novel,” she explains. “I spent a long time on it. My father, who was a book designer, got me an agent who was very kind and basically said ‘I think you should put this in a drawer.’ So, I threw it out. My stupidity was, I thought writing fiction would be like reading fiction, where I dive in and spend days romping around with my characters. It’s not like that.”

Reichl hit her stride in the memoir genre. Tender at the Bone, released in 1998, was followed by Comfort Me with Apples three years later. Her third memoir, Garlic and Sapphires, which chronicles her experiences as New York Times’ restaurant critic, recounts her process of assuming disguises and creating characters to impersonate as she anonymously reviewed restaurants.

Although she spent years assuming various identities – if only for one night at a time – this practice did not prove beneficial when it came time to create fictional characters for her novel.

“That was totally different. The truth is, I didn’t know how to do this,” she says. “I basically had to write the book and then throw it away because what I didn’t know is that I needed to know everything about my characters, but my audience didn’t. I first wrote a very literal book with everything about who they are and what they’re doing, and then I used maybe 10 pages of that in the book that I ultimately ended up with. But it was really important.”

Reichl is already tackling her second novel, which will be set largely in Berkeley, Calif., in a much more orderly fashion.

“Before I start writing, I’m figuring out who all the characters are. I’m going to know their back stories intimately,” she says. 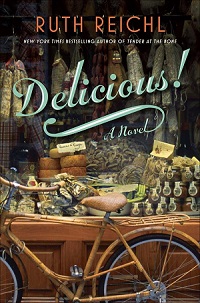 Tidbits of Reichl’s own back story can be found sprinkled throughout Delicious!. When Billie arrives in New York, she lives on Rivington Street, where Reichl herself once lived. One of the characters, Sammy, loathes honey, as does Reichl. And above all, the New York of the novel is “the New York that I know and love” she says. The beloved Delicious! magazine even folds with almost no notice, as did Gourmet, the equally beloved (and still missed) magazine of which Reichl was editor-in-chief from 1999 to 2009.

But getting the characters exactly right without making them too much of herself proved tricky at times.

Writing a novel is unlike all of the other writing she has done during her career, says Reichl. “Nonfiction is easy, like talking. Fiction is hard,” she adds. “There are just so many possibilities to get to the real emotional truth.”

Research, for instance, did not come easily.

“As someone who grew up in the pre-Internet age, the idea that you can sit at home and do research is so amazing,” she says. “I would go days researching. I did a lot of research into architects of the era and abolitionist architects of the era. I have privately published papers on Samuel Bulfinch, who was a famous architect of the era. I even had him as a character in the book, though I ended up having to trim him away.”

All the care Reichl took to refine details, both factual and invented, paid off. In her mind, the fictional Timbers Mansion started to transform into a real New York City locale, and she often had to remind herself otherwise.

For Reichl, writing fiction is taxing but rewarding. Reading it, on the other hand, is all reward. Like a sommelier discussing his favorite wines, Reichl is eager to chat about the authors whose work she reads for pleasure. Hilary Mantel, Jhumpa Lahiri, Donna Tart, Elizabeth Strout and William Boyd top her reading list.

“I read broadly and a lot, and for me, it’s really important,” she says. “There’s a piece of every day where I want to go away and be somewhere else, and fiction lets you do that.”

Reichl’s next book release, another memoir, is set for 2015 and is drawn partially from – of all things – her Twitter feed. The story will be told in three parts: The tweet, her diary of what was going on at the time and finally the recipe that she tweeted about.

The original plan was to pen a cookbook, but the idea morphed back into the memoir zone where Reichl is so comfortable. It will also approach territory she has not previously written about, the year following the shuttering of Gourmet.

“I was so devastated, and I felt like such a failure,” Reichl says of that time. “The magazine had existed for almost 70 years, and then it closed on my watch. Sixty people got fired, and it felt like the most devastating failure, that I had just let everyone down. I got grounded again by going into the kitchen and discovering my mantra that, for me, and I think for many people, the secret to life is to appreciate little things every day. That’s what the book is about.”

Although she jumps back and forth between the two genres, Reichl says her approach to the writing stays generally the same.

“You just write. And you write what you write,” she says. “My instinct is to write simple. When people tell me that my writing feels to them like it’s not written at all, I take that as a compliment. And I think Delicious! is like my other books in that sense, of being unadorned writing.”

Will her next novel be easier to pen since she now has one under her belt?

“Every novelist I know has said it never gets easier. They all say you reset, you go right back to zero,” she says.

To aspiring writers, she advises to stick with the task and go into writing knowing that it will be a challenge.

“If I can get through this, anyone can,” she laughs. “The other thing you don’t know until you’ve written a book is that it’s never done. There’s never a point where you think, ‘Oh, now it’s right.’ I could go over every single book I’ve ever written for the rest of my life, refining it and making it better.”

But at a certain point, Reichl says, you just have to agree it’s done: “If you think you’re going to get to a place where it’s perfect, you’re not.”

Christine Clark is a writer living in New York City. She has written for Bon Appétit and Verily. 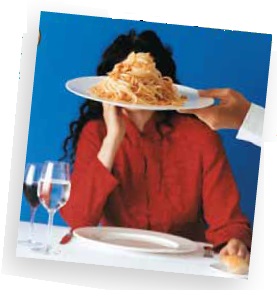 Photographer Romulo Yanes shot the cover of Ruth Reichl’s memoir Garlic and Sapphires in the studio at Gourmet magazine, where Reichl was the editor at the time. “I loved the idea of being present, but hidden,” she says about the picture. “And I loved the bright colors.” Reichl’s practice of donning costumes and aliases when she was a restaurant critic for The New York Times inspired us to think about ways to develop character. What if you could be “present, but hidden” when researching a character? Alternatively, what if your character dressed up and took on another personality in your story? How can you use Reichl’s dress-up habit to think about your own research or about a character? Try writing a new dossier for your character based on his or her needing to be “present, but hidden.” What happens next?

*This article first appeared in the May 2014 issue of The Writer.

Tips on how to fail better

The Bitten Word: Notes from the blogosphere

Lucy Kinsley’s recipe for a story