Back in October of 2020, I read a blog post by a writer who lamented being distracted by his own negative self-talk: Everything I want to write has already been written. I have nothing original to add. My prose is limp. Etcetera.

I read the post to my husband, who is a successful fine artist and no stranger to creative struggle. He listened intently. When I was through, he just shook his head.

“What IS it with writers?” he asked. “Why are they so filled with self-doubt?”

It wasn’t just a reaction to the blog post. It was commentary on what he knows from experience to be true, having lived with a certain self-doubting writer (me) for 30 years and watched my journey to publication.

Writers are far from the only professionals who are prone to self-doubt, of course. And his question was meant to be rhetorical – but the minute I heard it, I wanted to answer it. Really answer it. Not just from my own experience but with research and input from other people, writers, and experts alike.

What drives this self-doubt? Do society and culture play a role? Is self-doubt a byproduct of self-revelation? Is the crowded marketplace to blame?

And so, I formulated the questions carefully, with lots of sub-questions to get people thinking: Why are writers prone to such harsh, debilitating self-talk? What drives this self-doubt? Do society and culture play a role? Is self-doubt a byproduct of self-revelation? Is the crowded marketplace to blame? Why, oh why, do we bat around the question, with bizarre regularity, “When can I call myself a writer?” as if there were some invisible threshold over which we must pirouette in order to earn the coveted title? Does the self-doubt ever abate? Is publication a cure for self-doubt?

To find out, I sent the questions out into the writing universe. I submitted them to an online writing group geared toward female and female-identifying writers. I put them out on HARO (Help a Reporter Out). I sent them to writing friends and acquaintances and to their writing friends and acquaintances. I sent them to craft instructors. I was looking for input from a diverse set of writers at all levels. And I looked for input from those who have a backstage pass into writers’ egos and psyches: psychologists, book coaches, life coaches, editors, and agents. It was, in short, a massive ask, and the response was equally massive. What follows is a selection of the multi-faceted, thoughtful, extraordinarily candid, and generous thoughts of a multitude of writers and writing-adjacent folks who had something to say about the feeder stream for writers’ doubt, which I sorted into two categories: external causes and internal ones. 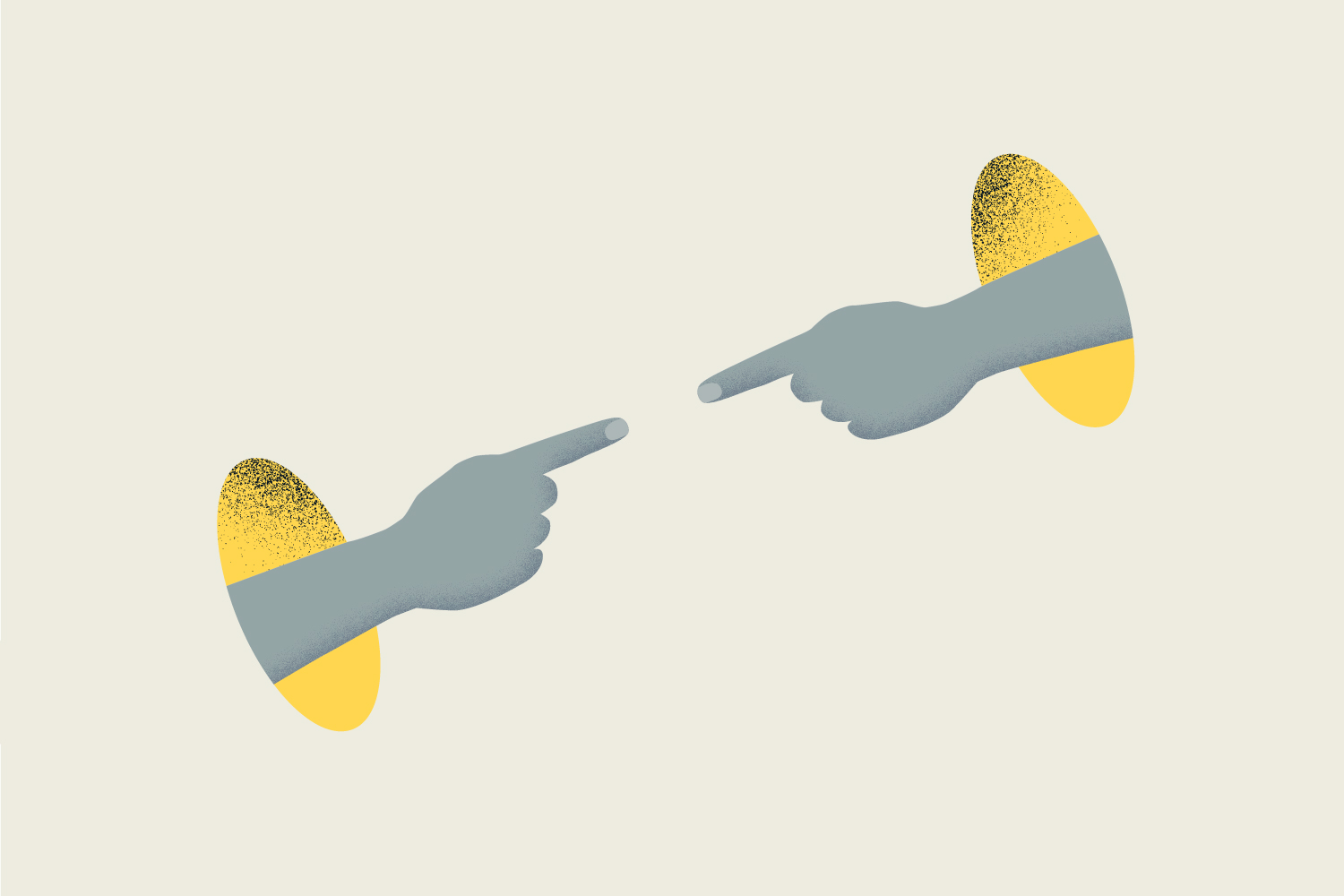 As you might expect, the high rate of rejection most writers experience on their way to publication is a major perpetrator. It doesn’t take many rejections to begin to feel as if you just “don’t have what it takes” to be a writer. Even though we have been told that publication is extremely subjective, that it depends on what the journals and marketplace are looking for, that it’s a sheer numbers game, we still tend to blame rejections on our writing shortcomings. Most of those who responded to my questions indicated that they feel at best dismayed by rejection notices, and at worst unable to continue submitting.

Fiction writer Anu Pohani reported that since August 2020, she has received 27 rejections and two acceptances out of 50 submissions; the rest remain unanswered. “If you were turned down this much at anything else (college applications, job applications, dates), it would be time to find another something,” she says. But writers are expected to forge on.

Competitive marketplace/whims of the publishing world

Depending on where you look, the statistics for getting a book traditionally published stand at about 1 to 2%. Add in all the other ways to get your books published, however – signing with an independent publisher, hybrid publishing, self-publishing – and our odds greatly improve. If it’s print or online literary journals or a myriad of other outlets you’re seeking to break into, your chances of getting published go up further.

One source of frustration I heard over and over was that there is often a disconnect between what is published and what is considered “good.”

Many writers feel that only traditional publication – i.e., a book published by one of the big four publishers (generally recognized as Penguin/Random House, Hachette Book Group, HarperCollins, and Macmillan) – confers true credibility to a writing career. The problem is, we don’t have control over what the publishing world is looking for. One source of frustration I heard over and over was that there is often a disconnect between what is published and what is considered “good.”

“Today’s art isn’t always driven by what’s ‘good’ but by what will sell,” says Elis Aaron, a personal essayist, journalist, and horror fiction writer. Also, they say, “books that win award after award may not reach the readers they deserve.” They compare the list of 2020 Pulitzer Prize-winning books to a list of 2020 bestsellers: There is no overlap. The takeaway? “We may retain our desire to make amazing things while knowing what’s amazing is not always what is popular.”

“It’s such a crapshoot, and anybody with any brains knows it,” says Arthur Salm, former book review editor/columnist for the San Diego Union-Tribune and author of the middle grade novel Anyway*. “You can write something good and still not find an agent, much less get published.”

Then, too, there are changes in wind speed and direction that we can’t see coming in the publishing world. One writer says that after publishing her fifth book, she was dropped by her agent and her publisher.

“I had naively thought I was set for life,” she says. “It set my world, and sense of ability as a writer, into a tailspin.”

Capitalist and cultural notions of worth

What is the worth of a writer? Who decides? Kari O’Driscoll, founder of The SELF Project and author of three books, including the recently released memoir Truth Has a Different Shape, says, “I suspect a lot of [self-doubt] has to do with our capitalist and cultural ideas of what is ‘valuable’ and ‘worthy’.”

With traditional (i.e. non-arts-related) jobs, O’Driscoll observes that success is defined in terms of dollars. “Are you making enough money? Do you own your own home? Are you a manager or boss?” Whereas with writing, the tendency is to “ignore folks who produce work that doesn’t sell a million copies, or end up garnering an award. And often, that work isn’t compensated financially unless the individual somehow hits celebrity status.”

This cultural bias – success as defined by financial return – “can weigh heavily on the mind of writers who are trying to imagine their own success through the lens of capitalism, knowing that if they don’t earn out their advance (if they even got one), they won’t likely get asked to write a second book.”

Rachel Werner is a BIPOC author as well as the founder of The Little Book Project WI, which seeks to raise awareness about social issues and organizations. She is also a teacher for The Loft literary center in Minneapolis and Lighthouse Writers Workshop in Denver, both of which offer free or low-cost writing classes and reading events. She is all too familiar with the double standards of the publishing world.

“It’s no secret that the publishing industry has numerous issues in terms of excluding individuals from marginalized communities. This is true for not only who gets hired as writers and editors, but also for the sort of content which repeatedly gets published,” she says. “The mainstream media’s ‘target audience’ is rarely BIPOC, the LGBTQ+ community, different-abled bodied individuals, etcetera. There’s no way for this not to affect one’s opportunities as a freelancer.”

Werner, who was previously on staff at a women’s lifestyle magazine, adds that even for those BIPOC writers who have achieved a measure of success, there is intense scrutiny beyond what their white peers must endure.

“In my personal experience, it was obvious I was less respected than several of my [white] co-workers,” she says. “Oftentimes, demeaning remarks would be attributed to my ‘lack of experience’ working in glossy editorial and my age.” (Werner was one of the younger staff members at her publication.)

And certain awards designed to award and recognize young writers in the field may actually do more harm than good, since “…authors from outside the perceived cultural mainstream who do not already see their voices represented – LGBTQ writers, writers of color – are sometimes slow to recognize the contribution they can make, or to feel like their voices will be valued,” notes Joanna Walsh in The Guardian (“All the awards for young writers amount to discrimination,” published in 2017). Furthermore, “age is a feminist issue,” Walsh points out. “Careers, delayed by years looking after children or other dependents, are mostly women; residencies that offer no childcare or require long stays are an easy way to sift female candidates out of contention.”

Other gender issues can come into play. Amy Halloran’s book The New Bread Basket was published in 2015. While she was pleased with how the book was received, she believes being female impacted the promotion and reception of the book within the industry. “I feel like if I were a man, my book would’ve done better, been promoted by and within the ‘bro-bread’ culture, and I’d be more respected as an authority.”