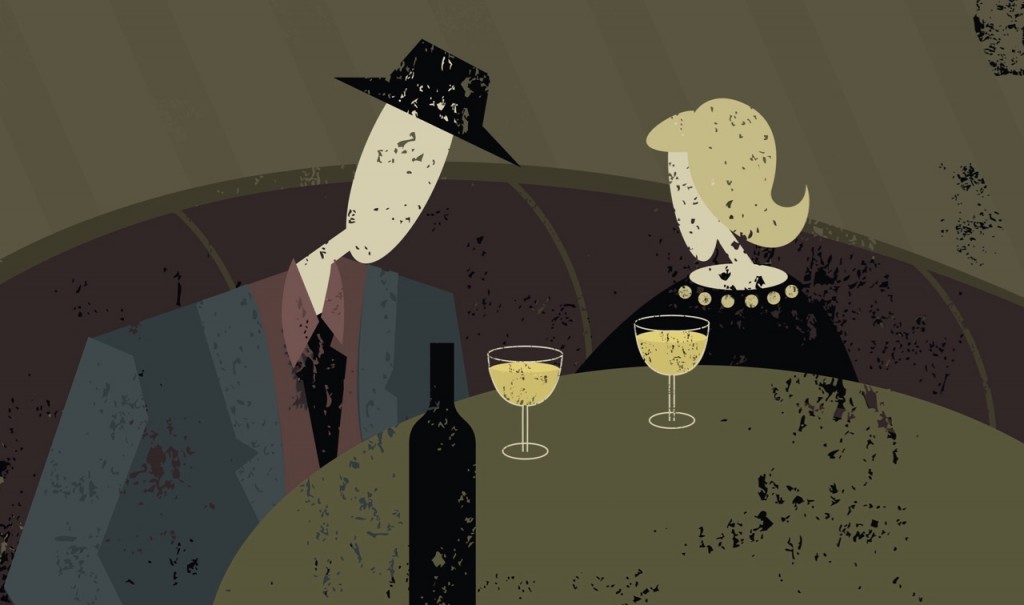 A restaurant I like in Langhorne, Pennsylvania, is the perfect setting for an intense conversation. The booths surrounding the bar are cavernous, and the pop mix that accompanies an avocado turkey burger prevents eavesdropping without requiring a speaker to shout. The noirish darkness gives discussions extra weight.

It was there, on a Wednesday night last October, that my wife told me the truth.

I had always taken a “thank you, sir, may I have another?” approach to my writing career. Edit a terrible magazine run by a con man whose checks bounced like Serena Williams on match point? Sure! Summarize obscure movies for $10 a pop? I’m down! Just make sure the check clears, and I won’t get arrested – even the former condition is negotiable.

This logic worked when I was cashing in savings bonds to pay my quarterly taxes. Now, eight years into my freelance writing career, I was getting published in places my relatives had read. I could view writing as a profession. But I was hoarding jobs for an unanticipated apocalypse. I was still writing $6 posts for an entertainment blog. I was reviewing movies twice a month for a newspaper – after expenses and time, I was lucky to make $5 an hour.

Yes, I was miserable and tired and my weekends were spent searching for how to analyze Tammy, but writing jobs are hard to find. This is the way it goes. To voluntarily relinquish work would be foolish. I was most likely saying that as I finished a salad served on a plate the size of a toboggan. Laura listened, but her bright face became taut. Her placid, green eyes turned sharp. I could see the boiling rage rolling off the assembly line, cooling into a speech.

“I don’t know why you’re doing this,” she finally said. “These jobs are beneath you.”

That’s the highlight. I’ll spare you my concerns over finances and stability, which my wife responded to with eye rolls that could be heard over the Dave Matthews Band. The point is, she was right: By keeping these unsatisfying assignments, I was stalling my progress. I wasn’t giving myself enough credit. The next day, I wrote emails to three clients telling them I was scaling back work or resigning. Two months later, I got an assignment from a corporate client that paid in one swoop what I would have made in 18 months of those ditched duties. Since that evening, I have written for an outlet I have admired since college. I landed a pitch at the online arm of a magazine I have revered since childhood. Part of it is talent, but not all of it.

I’m not advising marriage as some magical restorative for the weary writer. What I’m talking about is having people in your life who remove you from your cocoon of doubts and deadlines and escort you toward the light. Behind every good writer, there’s a better support system. You can take all the classes you want and read On Writing Well until the spine splits, but if you’re so consumed with your craft that you neglect to take care of yourself, it’s worthless.

What makes writing infuriating is also what makes it addictive: You create your own infrastructure. And once you know its pleasures – working without interference from that moron in sales; no meetings ever – you will do whatever you can to keep it going.

So you write and write. Each keystroke buys you another second of working barefoot and gets you an inch closer to working on the things you want to do, not have to do.

It’s easy to get stuck trying to master that world. It’s even easier to lose perspective in it. With no one else around, independence frequently cedes to confusion. Is it normal to worry about mistakes so much? This editor is being a bully: How do I handle it? Should pitch letters be this difficult to write? This isn’t school. There are no grades. Get a rejection letter or spot a typo, and the doubt becomes a dripping faucet that won’t stop no matter how hard you twist.

I feel that way all the time. That’s why I follow an army of writers on Twitter, where I frequently (and instantly) find counsel and solace. Grabbing lunch or coffee with my writer friends is even better. The online facades drop; the conversation flows. It’s invigorating: You learn that even though we don’t share an office, we’re all co-workers facing the same concerns.

Still, you need the support of the people closest to you. Writing is difficult enough without your spouse or parents advising you to consider sales and, hey, have you given any thought to teaching? What about law school?

In May 2008, I quit slinging books at the local Barnes & Noble to take a yearlong freelance job. I finally felt like a full-time writer, until late August when I was laid off. By December, I had lost two more clients. My parents lent me money for close to a year as I went on awkward job interviews. My younger brother paid my cell phone bill and treated me to meals when I visited him in New York. I tried willing the phone to ring; it didn’t. My inbox accumulated dust. I cried more than I care to admit. Nothing made sense, including the unflagging encouragement of a tall, pretty doctoral student and college professor I met that July who insisted she was proud of me, who kept saying good things would come even when there was no supporting evidence.

That encouragement meant the most.

“I knew you would find your way,” my wife explained to me recently. “I had no doubt. It was just a matter of time.”