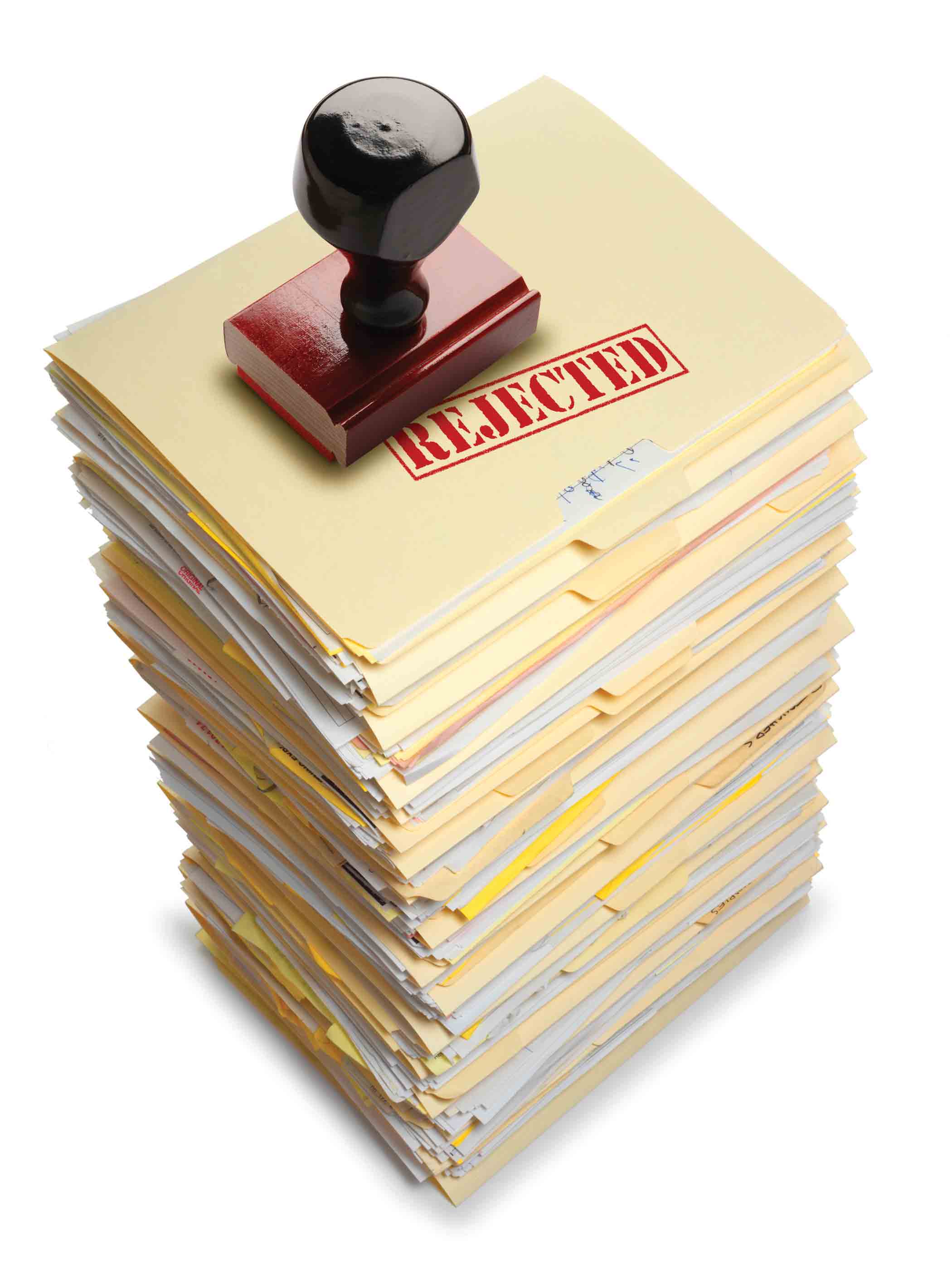 It’s a fact of life: In the field of writing, rejection is part of the job. It’s as much a part of our writing lives as buying replacement ink cartridges. When our work is rejected, it’s easy to assume it marks the end of the road for that particular work. But not if you can learn to reject rejection. You simply need to find a new route to your destination of acceptance. Sometimes that route isn’t the one you anticipated, but as any traveler knows, if you prepare for every eventuality, you have a better chance of reaching your destination. The following steps can help you adjust to rejection and send it on its way.

Know your next market.

When someone rejects your writing, it is only one person’s judgment. There’s no magic quality threshold every piece of writing has to meet to guarantee publication. Before you send off your work, take a few minutes to identify another potential market for which you could re-work your material should it be rejected. That way, if your submission is rejected, the next step you take is a positive one. There is new hope, because you’ve already identified a new opportunity.

Editors come and editors go, and because of subjectivity, when a new editor arrives, it’s a new opportunity for writers. One magazine editor bought an article of mine that his two predecessors had rejected. It was exactly the same article, sent to exactly the same magazine. It was a new editor, therefore a new opinion. On another occasion, I submitted a short story to a magazine, but the interim fiction editor rejected it. A few months later, I noticed the fiction editor had returned from maternity leave. I resubmitted exactly the same story to her. She accepted it.

When a piece of work is rejected, put it aside for at least a day. Forget about it and work on something else. Why? Studies have shown that when we are rejected, our IQ level drops temporarily. In other words, we don’t have the brainpower to think about rejection rationally. Rejection hurts. We pour a lot of time and emotion into everything we write. When work is rejected, we feel all that time and effort have been wasted, too. It hasn’t. Take a break from that particular journey to publication. Tomorrow, you can return to it with a level-headed approach.

OK, I’m teasing slightly with this one, but I did sell exactly the same article to the same editor at the same magazine after it had been rejected 10 years earlier.
My timing wasn’t right with the first submission, and it was better with the second. I’ve also had short stories accepted after resubmitting them to the same market for a second time. Rejection isn’t always about the quality of the writing. Sometimes it simply means not this piece at this particular time.

Have works in circulation.

Never write something, send it off and then sit back and wait for the reply. Some editors take ages to respond, which is understandable when they’re inundated with so much material. (My record is five years between submission and rejection.) If you have only one piece of work submitted at any one time, your entire publishing dream rests on that one submission. If it comes back rejected, the sense of failure will be overwhelming. Instead, if you have six pieces under consideration in a variety of markets and one is rejected, you still have five that could potentially be accepted. Your dream is still alive.

Rejection letters can carry good news, too. One editor rejected a short story of mine, saying she liked it, but felt the ending wasn’t right. Was there another solution to this story? Although the editor had rejected the story, the door to publication was still open. It was an invitation to rewrite and resubmit.

Editors are not there to provide a free critiquing service, so when they offer any nugget of information, you should consider acting upon it.

I rewrote the ending and resubmitted. The editor rejected it again, saying that although the ending was better and stronger, she just didn’t like it, which illustrates the subjectivity in this business. However, her first critique was right. It encouraged me to produce a stronger ending, which is probably why the next market I submitted it to accepted it. Success did follow for this writing project; it just didn’t arrive in the way I had imagined. 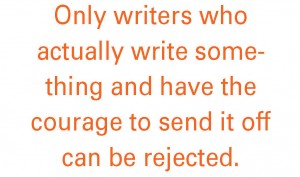 On another occasion, I had a 4,000-word nonfiction book proposal rejected by a publisher. His feedback demonstrated that the subject matter wasn’t quite right, but he liked my writing style. Did I have any other ideas? On the face of it, this was a rejection. In my mind, that 4,000-word proposal was going to lead to a publishing contract and a book. But the letter in my hand told me otherwise. Yet the publisher was asking for other ideas. Again, the door was still open. I developed not one, but two book proposals. And guess what? He liked them. Both of them. That initial rejection letter led to two contracts for books I had never imagined writing. Rejection is not necessarily the end of the relationship.

It’s easy to map out what we think will happen on our writing journey. We write something, we send it off, it gets published, we feel great. That is, of course, the easy journey, and rejections can make us better writers. Not a bad outcome.

Remember, rejection can be positive. Only writers who actually write something and have the courage to send it off can be rejected. Reject the notion that rejection is always about writing ability. It isn’t. Rejections are the stepping-stones on the journey to success. If you abandon the notion that rejections are the end of the road, you can learn to enjoy that journey to publication. Reject rejection, and acceptance will taste sweeter.

Simon Whaley is a writer and photographer based in the UK. He’s the author of The Positively Productive Writer and Photography for Writers.