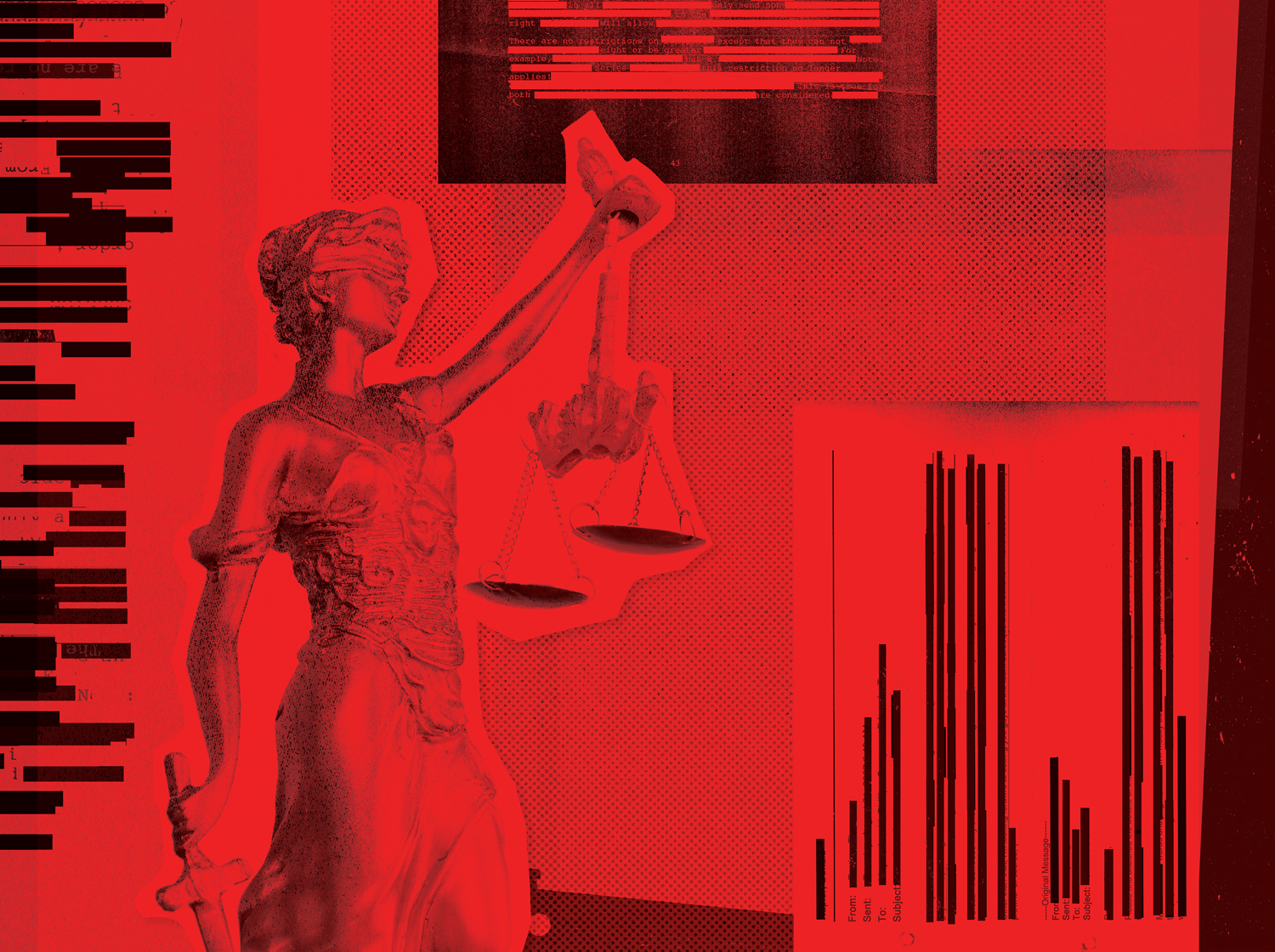 There’s at least one in every class: One semester, I taught a mother and orthodox Jew who feared that talking about her unhappy marriage would lead to ex-communication. Before her, a new writer worried that sharing his memoir would incite the wrath of his abusive ex. One semester, a young man expressed concerns that the famous and wealthy actor who’d molested him as a teen would retaliate if he ever published his story. These writers were on the precipice of what psychiatrist and author Judith Herman might describe as the central dialectic of psychological trauma: “the conflict between the will to deny horrible events and the will to proclaim them aloud.”

Of course, it’s not just writers who’ve suffered abuse, and who are now left with traumatic stories, who worry. Most of us are at once excited by and trepidatious at the prospect of digging into our personal history and exposing its reality. We write to help others as much as to ease the burden and lessen our suffering.

Simultaneously, we worry that publishing will result in some unintended negative consequence. The truth is, it might. Publishing can cost a writer his or her day job, lead to a lawsuit, even threaten custody of one’s children. Especially when we write for online publications – and our writing reaches wider, sometimes unintended audiences – we can’t always control the outcome of our written words.

I am something of a cautionary tale: In 2010, I lost my career as an elementary school teacher when it was discovered I was writing and sharing stories about my former life as a stripper and call girl. That September, I’d scored my second-ever byline, a 900-word op-ed on Huffington Post. The article was in defense of the defunct “erotic services” section on craigslist, and disclosed the fact that – years earlier and for a brief period – I’d used the online classifieds website to sell sex. A reporter need only Google my name and to find my only other byline, an essay I’d written some months earlier for The Rumpus that talked about having worked as a stripper before becoming a teacher. Some days after my piece ran on Huffington Post, a New York Post reporter – along with a photographer – appeared on the front steps of the school where I taught.

What happened next goes steps beyond every writer’s worst nightmares. The next morning, an unflattering picture was plastered on the cover of the New York Post under the headline “Bronx Teacher Admits: I’m an ex-hooker.” Following that, the story appeared everywhere from the New York Times to the Times of India, the Daily Mail to El Mundo. CBS News ran a slideshow of my Facebook photos. As proof of what a simpler time we lived in just eight years ago, the story of the “hooker teacher” was CNN’s “Breaking News.” In subsequent articles, I argued my former occupation in no way made me unfit to work with children, highlighting the fact that my competence as a teacher was never called into question. Even so, the media firestorm resulted in my immediate removal from the classroom, and I was ultimately forced to leave a career that I’d loved.

I’m by no means a lawyer, but I dealt with a lot of lawyers that year, and so I learned a little about the constitutionality of speech. As a public school teacher, I worked for the government, and so there were a unique set of rules that impacted me. Essentially, a state or federal employee’s speech is protected so long as its political importance outweighs any distraction it creates in the workplace. To hold onto my career, I might’ve argued that it was the speech of the New York Post, rather than my own, that created the distraction. Or else I would’ve had to have successfully argued that the rights and dignity of sex workers are politically important, and therefore my defending them was worth the commotion I’d caused. (This is something I believe. Society? Not so much.)

If you’re not a government employee, the law is even simpler: You are free to say or write whatever you’d like – and your employer is free to fire you.

After months of public humiliation leading up to an arbitration hearing, I was broken – and broke. Instead of fighting it out, I agreed to resign, mostly because the New York City Department of Education promised me that if I did so, they wouldn’t contest my unemployment (which they did anyway, but that’s another story).

If you’re not a government employee, the law is even simpler: You are free to say or write whatever you’d like – and your employer is free to fire you. According to Virginia employment lawyer and Forbes contributor Tom Spiggle: “It’s often perfectly legal for an employer to take action against a worker for something they said or wrote.”

Let’s say you’re less afraid of pissing off your boss than you are terrified of upsetting your litigious sister. Laws vary state to state, but in most places, you can open yourself up to defamation and invasion of privacy if you’ve written something untrue about an identifiable living person and what you’ve said could seriously damage their reputation. But if you’re telling the truth, then it’s not defamatory no matter how offensive or embarrassing. That said, even if it’s true, you could still be charged with invasion of privacy if what you disclose is so embarrassing that it could harm a person’s personal and professional reputation.

Though it’s rare that writing results in legal action, it happens. Most famously, Augusten Burroughs settled a $2 million lawsuit for defamation brought against him by the family with whom he lived while growing up. In an article for Vanity Fair, family members said that Burroughs’ portrayal of them in his best-selling book Running with Scissors wasn’t true. Parts were greatly exaggerated, they said – and what was true was humiliating. While the financial terms of the settlement were confidential, Burroughs was ultimately forced to call the volume a “book” instead of a memoir and write a disclaimer in the acknowledgements saying the family’s memories of events were different from the author’s and express regret for “any unintentional harm” to them.

In the same Vanity Fair article, which described the book as “brutal,” Burroughs defended his work. “This is my story,” Burroughs said. “It’s not my mother’s story and it’s not the family’s story, and they may remember things differently and they may choose to not remember certain things, but I will never forget what happened to me, ever, and I have the scars from it and I wanted to rip those scars off of me.”

This was the attitude of Stephanie Land, whose estranged husband has tried to prevent her from writing about him. Land’s first book, Maid: Hard Work, Low Pay, and a Mother’s Will to Survive, published in January 2019, is about living in poverty and struggling to raise her young daughter alone while she worked as a housecleaner and took college classes.

When Land first met and married her now-estranged husband, she says he was supportive of her writing career. “He was proud of me,” she says. “But also, it was supporting him. He thought he’d never have to work again.”This was the attitude of Stephanie Land, whose estranged husband has tried to prevent her from writing about him. Land’s first book, Maid: Hard Work, Low Pay, and a Mother’s Will to Survive, published in January 2019, is about living in poverty and struggling to raise her young daughter alone while she worked as a housecleaner and took college classes.

“Still,” says Land, “I think he was nervous, anxious about negative portrayals and anxious about people finding out what he did.”

Land recently published “The Day My Husband Strangled Me” on the Guardian, which articulates the mental and physical abuse Land experienced during their short marriage of just over a year.

“[During the marriage], I worked very hard to make it seem like everything was perfect,” says Land. The essay was written in response to the pressure we often feel to perpetuate a perfect life on social media. “The more that people share and write about what’s really going on, the less pressure we have to constantly post the perfect family photo.”

Land wrote the Guardian piece three months after she and her husband had separated and were living apart. “I immediately started pitching it. I felt like I needed to confess what I’d done.”

After the piece was written but before she’d found a publisher, Land’s ex-husband’s lawyer had begun demanding restrictions related to her work. “His demands kept changing,” Land recollects. “For a while, he said, ‘OK, you can write about me, but if you do, you have to include a line that says it’s fiction.’ Next, he tried to say that he’d have the right to any money made from the work. For a few months, it seemed like they were coming up with whatever they could to get me to sign off on.”

“When people are being threatening, they feed off fear. The more afraid you are, the more they win.”

Initially, Land says, she laughed. “I thought, ‘He has no right.’ It was ridiculous.” At the same time, his actions gave her pause. “I talked to several lawyers and asked ‘Can he really do this?’ It made me doubt myself a little bit.”

“When people are being threatening,” Land says, “they feed off fear. The more afraid you are, the more they win.”

Ultimately, publishing the essay was less about striking back at her husband, Land says, as it was coming clean. Land placed the piece right after a Colorado man named Chris Watts murdered his pregnant wife and children. “All people could talk about was [the idyllic marriage she presented in] her Facebook posts; it gave me an urgent feeling.”

When I ask her if publishing the essay further complicated an already-complicated divorce proceeding, Land says she has no regrets. “I’m really proud of that piece. It’s one of my proudest pieces. It’s just a really good essay.”

Publishing can cost a writer his or her day job, lead to a lawsuit, even threaten custody of one’s children.

In a piece for Ravishly, Dena Landon reported on a number of instances where domestic violence survivors were sued for defamation after publicly sharing their stories. “Women can still be punished for speaking up,” Landon writes, “and not just by losing a job or enduring a barrage of nastiness in their Twitter DMs, but by a legal system that has consistently failed to protect them or deliver any justice.”

“I think of a lot of people calling me brave, and it reminds me of people calling me strong for being a single mom,” Land says. “I’m just doing what I have to do. That’s not really strength; that’s just showing up. Even though I’m scared, I do it anyway.” She laughs, “I guess that’s what bravery means. I don’t have a choice but to show up for my writing and the writer that I am.”