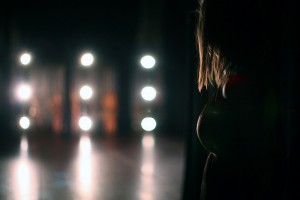 You’re back stage at a Hollywood awards show, waiting in the wings with a special press pass in hand. One of the most highly-anticipated awards was just given out on stage, the winner finishing his or her acceptance speech. As the star is ushered off the stage, you hear a commotion behind you and chaos ensues. Write the build up to this moment, the initial conflict, the star’s reaction and how the rest of the scene plays out. Be sure to include the elements of glitz and glam that go along with such a production, juxtaposing the refinement with the turmoil before you.